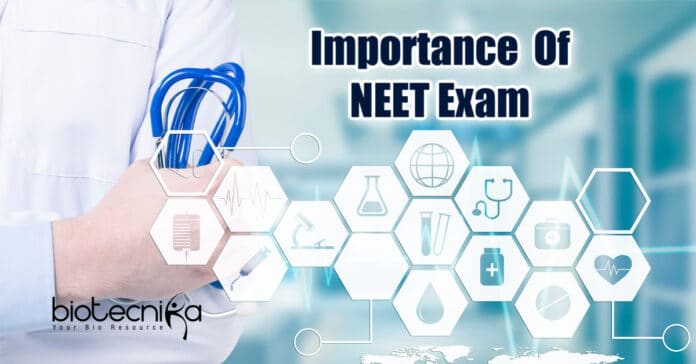 Before the NEET exam, students were supposed to write the All India Pre-Medical Test (AIPMT) to get admissions into medical colleges. With the implementation of the National Medical Council Act, 2019, the NEET exam has become a mandatory entrance examination for MBBS admissions to all medical institutions.

The NEET exam is conducted by NTA – an independent organization established by the Ministry of Human Resource Development, Government of India.

NTA conducts NEET and prepares the Merit List. It implies that, like before, a student from any state can apply for admission in that particular state under the state quota; however, the student should have a residential certificate or domicile. It applies to all states, so NEET does not take away the rights of a native student from any state. Various state boards still conduct counseling for admission under state quota seats, such as BCECEB in Bihar and JCECEB in Jharkhand.

Without a doubt, NEET has been one of the country’s most contentious entrance exams. Its existence has previously been called into question, and it is still facing opposition in some states. However, the Supreme Court’s decision is acting as a backbone for NEET. The Union and state governments are obligated to follow the Supreme Court’s guidelines for this exam.

You may be wondering why the NEET exam is so important. The NEET examination is significant because it is India’s only medical entrance examination for students seeking admission to government and private medical colleges for various medical courses. Students are not required to take any other exams in order to be admitted to medical schools, including state-level medical entrance exams.

The NEET exam is the gateway to admissions in a prestigious college and a bright future as a medical practitioner for millions of Indian students. This national-level entrance exam is extremely competitive and is required for admission to institutions that offer MBBS, BDS, and BAMS programs.

If you intend to take the NEET, you must strategically prepare for the exam. To crack NEET, aspirants must clearly understand the syllabus, marking scheme, and exam pattern. Not only that, but they must also master proper time management skills to ensure they do not overlook any important topics while preparing for and taking the exam. This is where mock tests come in handy. Mock tests are a reliable and comprehensive way for students to become acquainted with the syllabus. They also assist students in identifying their own weaknesses and strengths, as well as their speed and accuracy.

The advantage of being India’s only medical entrance examination is quite riveting. Some of the reasons are listed below: This is one of the most significant advantages of the NEET exam, as it is the only entrance exam for students seeking admission to medical schools. Private Medical Colleges and Deemed Universities are not allowed to hold any other entrance examinations. It could also prevent people from rigging up the rankings to get into the system who don’t deserve to be doctors. The NEET entrance exam also helps the students who aspire to study medical courses in a foreign country.

Students who crack the NEET will be able to enroll in any medical college in any state. Qualifying NEET with high scores and securing a good rank in the All India Merit List allows students to gain admission to the country’s most prestigious medical college.

3. More time to attempt the exam

4. Saves both time and money

The introduction of the NEET exam has significantly altered the medical entrance examination. It saves students’ time from having to take multiple exams for admission to medical schools. Students used to travel multiple times to different exam centers, which was physically, mentally, and financially draining for students. Having only one exam to attempt saves the student money as there will only be one-time registration.

The NEET exam alleviates unnecessary stress for medical aspirants by requiring them to take only one exam in order to obtain admission to any medical college.

6. Only goal for medical aspirants

There are no multiple exams for medical entrance, as multiple exams could cause students to become confused and stressed. That is why NEET gives a clear goal for aspiring students seeking admission to medical schools. Students need to crack only the NEET exam to gain admission. Concentrating on a single qualifying entrance exam reduces their workload; when students focus on a single goal, their chance of cracking the exam with flying colors increases.

The entrance exams for state and private medical colleges were not transparent, as there were scams, paper leaks, and other irregularities. And they were working together for their mutual benefit. NEET, on the other hand, has supplanted all of these state-level and private medical college exams. The NEET examination is overseen by the NTA, an independent organization, making the NEET admission process transparent, giving fair opportunity to every candidate.

Single entrance exams for admission to medical schools will relieve the stress from anxious students while preparing for various exams and covering various syllabuses. They can concentrate on a single exam pattern or syllabus with the help of NEET. It also boosts aspirants’ confidence and determination.

States may continue to use their old reservation system, as mandated by their respective state governments. For example, the percentage of seats reserved in a state priorly based on Class 12 results will now be based on NEET scores, implying that the percentage of reservations will remain the same.

Seat blocking scams are a very common aspect of medical admission. It is more common in states with a large number of private medical schools. However, a NEET aspirant doesn’t need to be concerned. There will be no issues of back-office corruption or accepting large donations to secure seats for this common entrance exam for medical education. Admission to a prestigious medical college is entirely dependent on your NEET Score.

Unlike AIPMT, NEET is conducted in ten regional languages to assist students from various state boards studying in their native language.

With the new rules still in place, there is no upper limit on the number of times a student can attempt NEET, which only brings a medical aspirant closer to their medical goals. The age limit criterion, however, must be met. This is a significant benefit because a candidate no longer has to make sacrifices in order to pursue a career in medicine.

14. Similar to the AIPMT pattern

Not only is the syllabus and paper pattern of AIPMT and NEET is similar, but the All-India Quota percentage (15%) is also the same for both exams. As the old structure has been retained, candidates don’t get perplexed by changing entrance exam patterns.

NEET is necessary for students planning to study medical courses in medical universities abroad as the candidate receives a registration number from the Medical Council of India (MCI), which is required during admission. However, if a student does not intend to practice medicine in India, NEET is not required for them to study abroad. MCI’s NEET requirement is for those who want to study medicine in another nation and then practice in India. 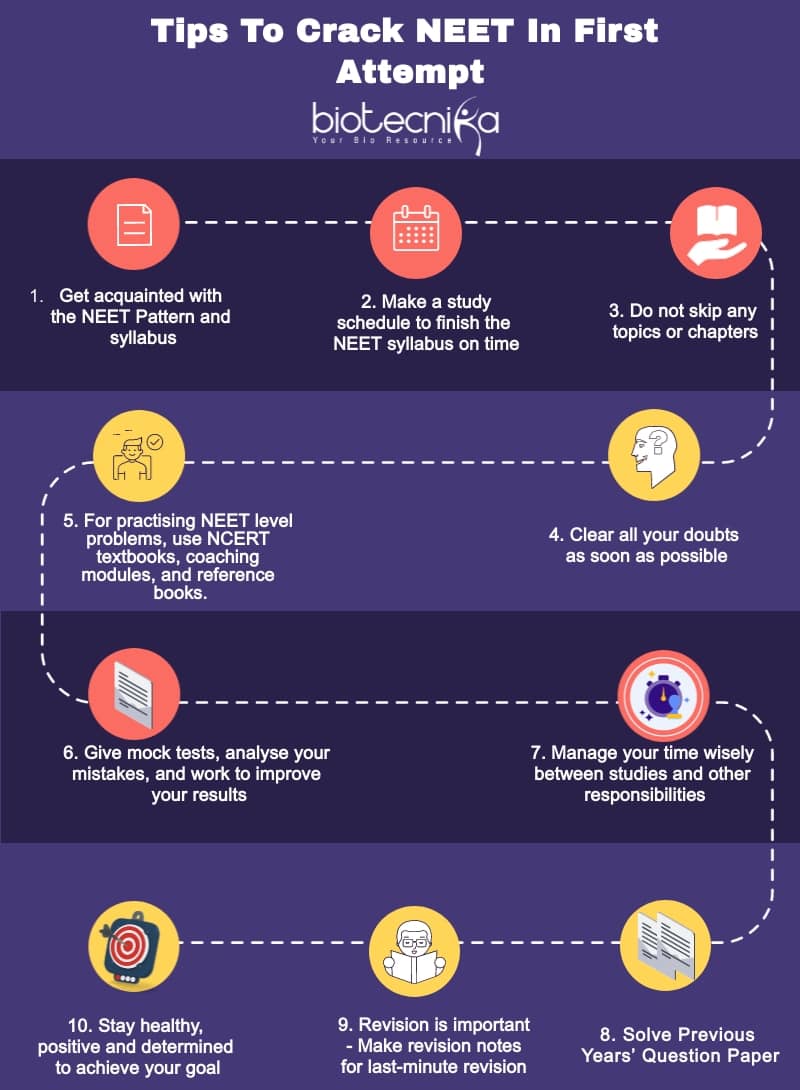 These were some of the importance & benefits of the NEET exam, now let’s check out a few of the drawbacks of NEET:

Things You Should Know Before Enrolling To A NEET Coaching Institute

What Not To Do While Preparing For NEET Exam!

Top 10 Must Have Study Tools For NEET Exam

BioTecNika NEET Website is your news, education, NEET Exam preparation website. We provide you with the latest breaking news and videos straight from the NEET Exam.